We think we have all the time in the world and that nothing changes.

And then the very last northern white rhino male dies.

What is a northern white rhino?

The name ‘white’ rhino comes from the Afrikaans word for ‘wide’ which was used to describe the wide mouth when distinguishing the rhino from its close relation, the black, or ‘hook-lipped’, rhino.

The northern white used to be found across East and Central Africa, now the two remaining are grazing in the savanna of Ol Pejeta Conservancy in Kenya. The last known wild northern white rhinos were in Garamba National Park, in the Democratic Republic of the Congo (DRC).

Difference between black and white rhino

What happened to the last male northern white rhino?

Rhino’s are killed by poaching at a rate of 3 rhino’s per day. It is this, and habitat loss, which has endangered these animals. Could a zoo be a good place to protect rhino?

In the 1970s, Dvůr Králové Zoo took delivery of one of the last wild northern white rhinos – a male called Sudan. He fared well in Czech Republic and sired two females. However, further breeding efforts at the zoo were proving increasingly futile, and so in 2009 it was decided that all four white rhino at the zoo – Najin, Fatu, Sudan and Suni – should be moved to the grasslands of Kenya.

Although hopes off offspring were raised over the years with a few false alarms, sadly with the death of male Suni in 2014, and with confirmation in 2015 that neither of the females was capable of natural reproduction, it was recognised that the species was doomed.

Sudan was left to live out his days in the conservancy and died of natural causes.

The answer the question ‘what is a northern white rhino’ is now simple: it is Najin and Fatu. These are the mother and daughter pair who are the only northern white rhino’s left who are living out their days under the watch of armed guards, in the Ol Pejeta Conservancy.

What can I do?

All may not be lost. Genetic material was taken from Sudan before he died, and there are hopes of future efforts to bring back the species. In the mean time, you can get involved with rhino conservation for the rhino’s that are left. Poaching is still a huge threat, with millions of people in Vietnam and China particularly believing that rhino horn can be used to cure fever, rheumatism, snakebites, hallucinations, typhoid, headaches, and more.

How to help save the rhino 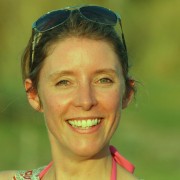 Rose co-founded the Good Safari Guide and the Safari Awards in 2007, key independent media organisations which have been informing the trade reliably since their inception. Today, Rose lives in London with her son, Barnaby, from where she heads up the Abambo team. Rose’s passion is to share knowledge and hatch plans with travel-savvy people who love nature. Contact Rose at rosanne@abambotravel.com